Thanks to the collaboration between the Centre for Volcanology and Geological Hazard Mitigation in Indonesia and the WOVOdat, almost 20 years of standardized seismic energy time series (Fig.1) have been statistically correlated to lava extrusion phases at Merapi. 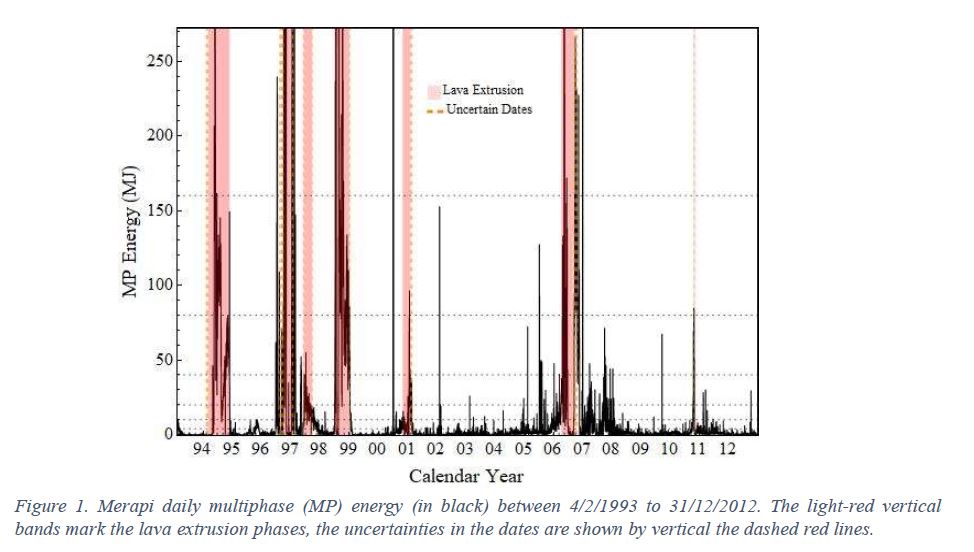 This analysis allowed us to stablish the probability to observe lava dome formation given the values of the daily multiphase seismic energy (Fig.2), and find an energy threshold that indicated lava extrusion (1993-2012) with a 90% accuracy (Fig.3). We further test our method with the recent 2018 eruption and we identify the lava extrusion with a precision of 67%, specificity of 70%, and sensitivity of 92%. Moreover, the seismic activity during 2018 indicated an on-going lava extrusion phase 14 days earlier than the actual onset detected via visual observation. 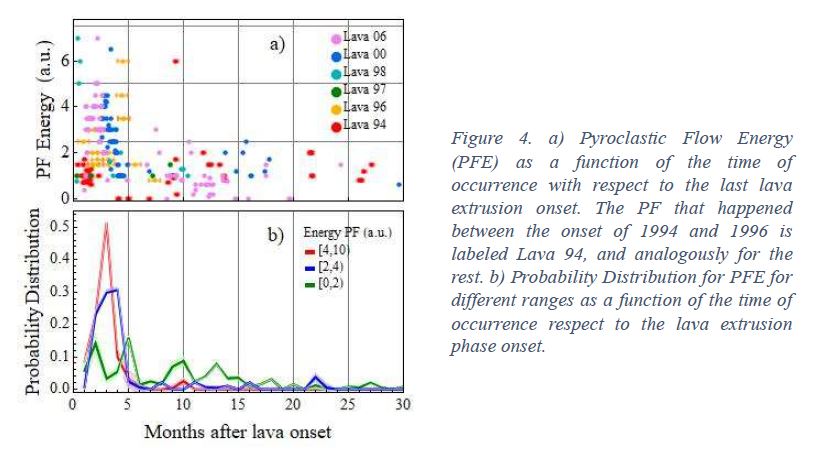 The methodology that we have used could be implemented at volcano observatories to compare a given episode of unrest with the historical data. These results also highlight the importance to collect standardized monitoring data (such as the one stored in the WOVOdat), since its analysis can contribute to a better knowledge of volcanic processes and their associated hazards. In this case, our method allows for more quantitative assessment of hazards during volcanic crisis and thus may help to mitigate the impacts of volcanic activity of the Merapi volcano in Indonesia.

We invite active participation from volcano community to contribute their data and share their analytics tools.